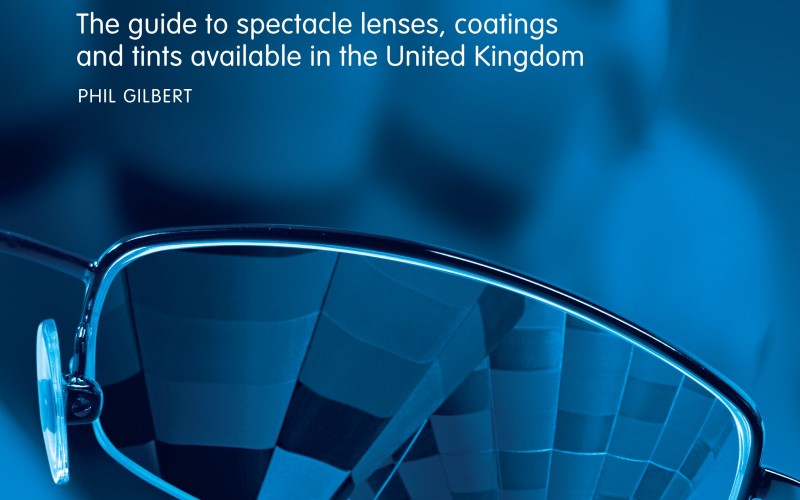 It is now five years since I was given the opportunity of taking over the editorship of the ABDO College publication Ophthalmic Lenses Availability (OLA). At the time I had a 2005 copy written by the founder Alan Tunnacliffe and while thumbing through it the words now made famous by the motoring guru Jeremy Clarkson came to mind. “How hard can it be?”

Five years later and the task has grown out of all proportion in comparison to those days thanks to the increase in freeform production and the versatility that this has brought to the industry. So now, having retired and living in Spain, I thought it was a good time to look at how things have changed over the last five years and I decided that the following analysis was probably the best way to indicate the many changes that have taken place.

The 2017 edition of OLA has now been published and it has seen a further increase in product offering in comparison to the last edition. Unfortunately I was unable to publish a 2016 version due to my retirement and subsequent move to sunnier climes. So let’s look at the changes that have come about over the last five years to the benefit of everyone within the optical profession. We will look at the percentage changes in all lens categories with regard to lens type, production methods, materials and refractive index. I hope it will prove interesting to everyone that has an interest in the diversity of products that are now available.

Bearing in mind that the manufacturers listed have remained the same, barring the sad demise of Lentoid in 2016, the most important statistic is that the number of individual lenses offered to the profession in the UK has increased dramatically. In the 2012 edition there were 1395 individual lenses listed compared to 2122 in 2017, representing an increase of 52 per cent within those five years. This has resulted in an increase in total pages within the book by 112, from 333 to 445 even with my best efforts to reduce white space and minimise duplicated information.

Single Vision
The most striking fact in this category is that there has been a slight increase in conventionally produced lenses of 15 per cent rather than a reduction. This has come from the introduction of more photochromic material and a surprising increase in the number of lenticulars on offer. The same applies to freeform produced lenses that saw an increase of 88 per as can be seen in the chart below.

Progressive
This is the category with the highest number of individual entries and it can clearly be seen that conventionally produced lenses have halved in the last five years whereas the number of freeform lenses has nearly doubled. Both the increase in photochromic and polarised material have accounted for this major swing.

Bifocals
As could be expected the number of bifocals has reduced in the charts but there has been a move towards freeform production and with the addition of 52 new lenses for 2017 Bifocals still represent an overall 10 per cent of the total lens offerings.

Trifocals
Trifocals have a very small presence within the OLA lens “Bible” and they have actually reduced in number by 32 per cent from 22 to 15 with a further four listed under Specialist Lenses.

The following five categories which are classed as “modern” lenses include Lifestyle, Vocational and Pre-presbyopia. These lenses were emerging in 2012 but now number 452 products in total which represents over 20 per cent of the total number of lenses offered within the 2017 edition of OLA.

Lifestyle Single Vision and Progressive
This form of lens, designed for wrapped frames has increased dramatically over the last five years. The number of conventionally produced versions has remained the same and low in numbers. In freeform, however, the numbers have increased substantially and have risen by 255 per cent in single vision and 177 per cent in progressive. There are now 132 single vision options as opposed to 51 five years ago and 111 in progressive as opposed to 48 in 2012.

Degressive Lenses
The number of conventionally produced degressive lenses has reduced slightly over this period of time from 29 to 21 options but they have now been joined by a further 33 freeform produced products which has effectively doubled the amount of choice.

Vocational Progressives
This category had more freeform produced options in 2012 than conventionally produced lenses. However, 2017 now sees an increase in conventional lenses from 8 to 14 and freeform from 25 to 57 options for practitioners.

Pre-presbyopia Lenses
Although the numbers of conventionally produced lenses have increased from 14 to 31 in the last five years the real growth has been in freeform production. In 2012 there were no freeform lenses of this design but now there are 53 giving practitioners a choice increase by a factor of x6.

Specialist Lenses
This category covers all lenses that are designed to accommodate prescriptions well outside of the normal everyday parameters. It includes interesting lens design concepts for tasks ranging from sport to pilots. Another manufacturer has recently embarked on the specialist route and there has been an increase from 21 lenses to 51 in the last five years. Of the 51 products 21 are single vision, 21 are bifocal, four are trifocal and five are progressive.

Materials and Refractive Index
In 2012 glass lenses represented just over 10per cent of the total number of lenses on offer, this figure has now reduced to just over 7 per cent and is continuing to drop. With regard to plastic materials over 90 per cent of lenses are still offered in the core range of refractive indices
of 1.5, 1.59, 1.6, 1.67 and 1.74. Trivex 1.53 index has grown slightly from 73 products to 153 but other indices that were being used in 2012 such as 1.54, 1.55 and 1.56 are diminishing. Tribrid 1.61 has made an appearance recently and is now offered by two manufacturers and 1.76 is currently being offered by one manufacturer. 1.6 and 1.67 refractive indices have now taken over 1.5 indicating that a lot of manufacturers are making 1.6 their entry level index.

Ophthalmic Lenses Availability 2017 Edition
As mentioned at the beginning of this article OLA has grown dramatically since 2012 as it now contains 445 pages as opposed to 333. The most popular section appears to be the Hidden Markings and with the growth of freeform lenses this section has grown from 24 pages to 35. With the vast increase in freeform produced lenses and varying design concepts a practitioner’s ability to identify a pair of lenses is increasingly important. On another note I have often been approached as to why OLA does not include OEM hidden markings produced by the multiples. OEM or Original Equipment Manufacturer indicates suppliers who sell another company’s product under their own name or branding. To date OLA has not been offered this information so it has not been possible to publish any of these markings.

The Availability Index at the end of OLA provides the practitioner with a useful “One Stop” reference with regard to finding a particular lens design in a particular material and refractive index and in the powers that are required. This section has also grown from 44 to 61 pages. Once the particular lens has been identified a page number within the main body of OLA is given enabling more information to be found.

OLA continues to be a very practical publication that is useful to students, practicing dispensing opticians and also glazing laboratories not only in the UK but also overseas. As with any publication that is updated every six months there will always be introductions of new products and deletions which are not reflected until the next update. However, the UK lens industry continues to support OLA as an unbiased practical reference to all lens products that are currently available.

For those practitioners that are still sitting with old copies of OLA languishing at the back of their dispensing drawers now is the time to consider purchasing an updated copy. As can be seen from the analysis it makes for interesting reading and can prove to be an invaluable tool when faced with a discerning member of the public that is requiring professional assistance with regard to their next pair of spectacles. It can also save a lot of time and a significant reduction in phone calls around labs and manufacturers.

Copies of the 2017 edition are available from the ABDO College Bookshop by calling 01227 733 904, or you can order online. OLA is now available in both hard copy or ePub versions.

For anyone who would like the full 2012/2017 analysis sent to them or has any comments on OLA and how it could be improved for the future please feel free to email me: phil@philgilbert.co.uk.

Finally, with regard to the next five years and what is in store for the optical industry and profession, as they say “Watch this space”.